One year older, more look of a lover. First and foremost, Happy Birthday to my lovely-lovable fiancee. I guess you are one year older now. I shall say, thank you so much for being born in this world with me. I am lucky enough to get to know you, and also to have your love and care.

Since the past months, you have been a very wonderful person to me and I hope this will lasts for as long as we live. Thank you so much for being so patient with me since I have been so busy most of the time and had to make you wait for me every single night. Seriously, you make me love you even more... and more.. ♥

Sayang, I really wish that you will live a long life with lots and lots of happiness.
Happy Birthday !


p/s: If it is with you dear, I knew that even when we will be celebrating your 70th Birthday Anniversary, we will still walk together, side by side... holding each others hand... :)
mumble by Unknown No comments:
Email ThisBlogThis!Share to TwitterShare to FacebookShare to Pinterest

To sum up the week..

I have been feeling that this week is kinda a very-dull-week ever. It'll feel so bored during the weekend and I spent most of my day lying on the bed due to fever. Oh well, since the blog have not been updated most of the time, I kinda have a lot of things to tell. A lot of good news actually. 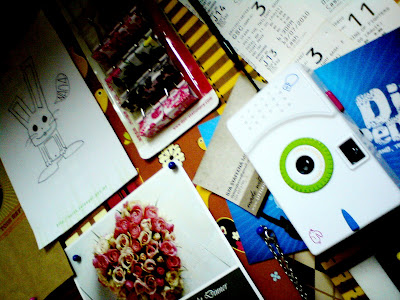 Do you remember my previous post where I was craving for a La Sardina? Ok. I've changed my mind about that since I am much too lazy to get to know all the settings and functions, etc... So, I have decided to buy a UWS from The Click Shop last Tuesday. The camera arrived on Thusday and it was so damn cute ! And yeah, I bought the camera along with Ferrania Solaris 400 and Agfa CT Precisa 100. Seriously, there are a lot of things for me to learn if I were to buy a La Sardina. So that's why I changed my mind to Ultra Wide and Slim by Superheadz. UWS is actually my first choice before La Sardina was introduced by Lomography. I don't know why I keep getting attracted to La Sardina even though UWS is much more easier too operate. You just had to load the film and shoot... :) 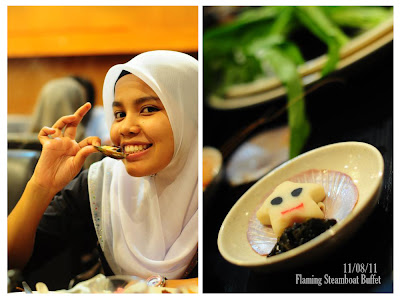 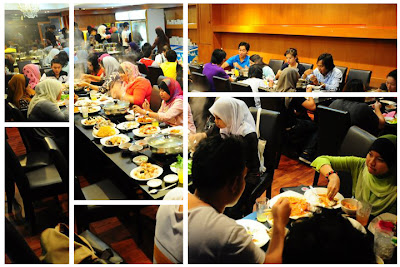 As for the last Thusday, I had a very great buka-puasa event with all my FMTS friends at Flaming Steamboat Buffet, Sunway. We've had lots and lots of food until everyone was so full. My favourite was the ice-creams with chocolate on top of it. There are so many of us until the buffet house became so hectic with the sounds of everyone laughing. 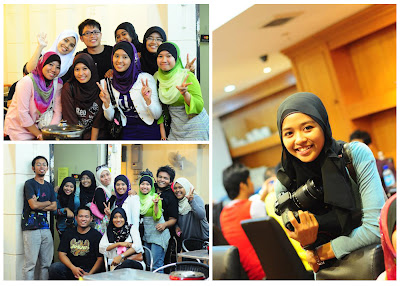 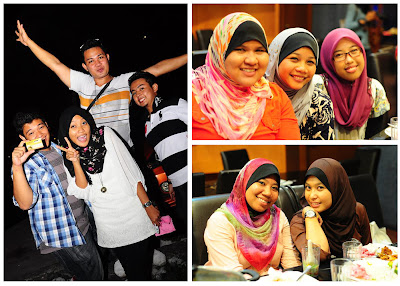 On the way back to the campus, we've had a short pit-stop at Dataran Shah Alam. Most of us was so eager with the photoshoot while some others just sit back and relax before we travel back to campus. Luckily we managed to enter the hostel without out matric card taken by the guards. :D 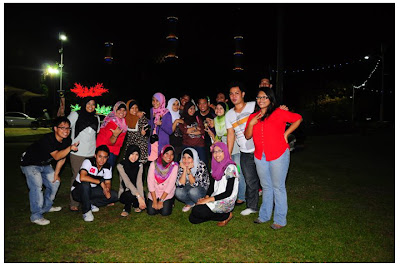 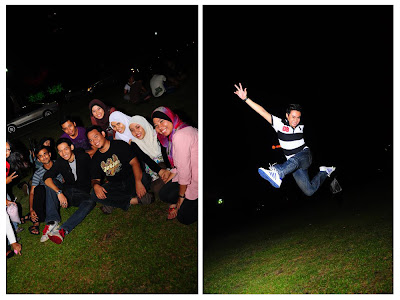 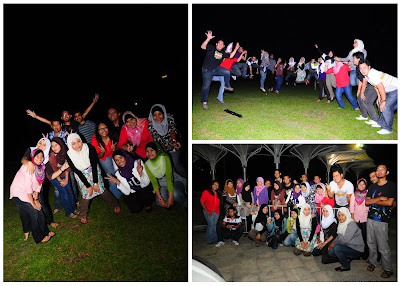 Thank you so much for these memories. Obviously, I will never forget this Ramadhan..  :)


p/s: the picture during the buka-puasa event was taken by Liong Thian Siang.
mumble by Unknown No comments:
Email ThisBlogThis!Share to TwitterShare to FacebookShare to Pinterest