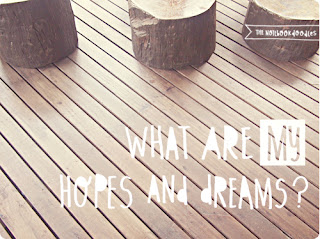 If I had to say.. I guess I have a lot. There are few things in life that I wish that I'll be able to achieve especially when it comes to career. It has been a year now since I finish my studies and Alhamdulillah, I am able to graduate as a second class upper bachelor degree holder yesterday, 27 October 2013.

Two people missing from the picture. One is my older brother
and the other one is my younger brother.

My lovely husband and my precious son.
He's only 23 days old on this day.

The journey that I had to go through in order to obtain the bachelor degree was not that easy. It requires four long years. There has been some ups and downs over the years. There are times when it feels like giving up is easier. There are also times when laziness overwhelms your body but definitely, most of the times spent contains beautiful memories. I am glad that I have my family and friends with me all the times. They even came to my graduation day even though they have graduated earlier than me. I am very thankful for that.

Seriously, I love each and every one of you. :)
mumble by Unknown 2 comments:
Email ThisBlogThis!Share to TwitterShare to FacebookShare to Pinterest

There's a few reasons, of course for the opinion. First of all, it is because of the after effect. You know, in all great things that happens life... An after effect always comes after that. In my case, its the pain. There's few types of pain that I had to experience during confinement and one of it is caused by episiotomy. The pain is actually not that bad but it was more like making you feel uncomfortable. However, the painful one is constipation so you really have to be careful on what you eat and drink. Last but not least.. The longest pain of all is the one on the cocyx, or tailbone. If I am not mistaken, normally the pain will last as long as 6-8 weeks at least. For me, this pain is the worst of all since at first I can barely sit much less to drive. 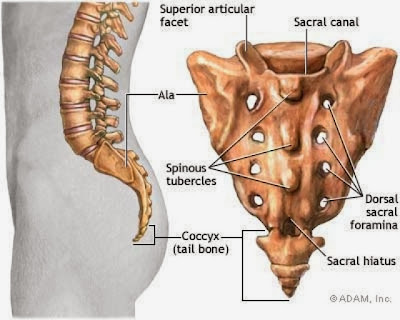 Other than the pain, the second reason falls on the food. Well, for the first few weeks... I have to bear eating some kind of fish every single day. At the end of the second week, I can only eat three mouthful. Haha! There's actually a third reason but I guess it is not appropriate to be shared in public. Until then.. :)
mumble by Unknown No comments:
Email ThisBlogThis!Share to TwitterShare to FacebookShare to Pinterest

It's a Miracle: Luthfi's Birth Story

Again my pregnancy journal continues since I am now done writing my experiences for all the trimesters. I guess now is the part where I have to recall the memory of giving birth... *traumatized* Haha! It has been more than a month since I give birth to baby Luthfi but I can still remember the pain.

My birth chronology starts on Thursday, 03 October 2013. On around 11am, I began to feel the contractions. At first, it was very mild. However, at around 2pm.. The contractions began to intensify. But it was still bearable to me. The intensity of the pain started to increase per hour but there's still no other labour sign. My water bag still intact and there's no blood show. Due to this, I feel a bit hesitant to go to the hospital and just keep on enduring the pain through the night. I tried my best to sleep since I knew that I'll need a lot of energy to go through the active labour process later. I was able to fall asleep but awake every time the contractions came. On that night, there's around 30mins interval for each contractions and last for around 40 - 60 secs. So I can only fall asleep for 30mins and woken up by contractions for a few second and go to sleep again. Oh, what a dreadful night.. Hihi.

Well, the pain lasts and keep on intensify until the next morning.. Friday, 04 October 2013. At around 9am, the interval between contractions became around 15mins and lasts for around 60secs. At this point, I can barely stand the pain so I call my mom *she's at work* and told her. My mom end up coming home and took me to the hospital to meet my O&G specialist. VE was performed and I was told that the opening is only 1cm. However, the doctor decided to send me to labour room to be monitored since my blood pressure shoot up due to the pain. The reading was 180 over 110. At that point, meds are given to me in order to ease up the pressure and I was told that I have to be induced in order to speed up the process due to the risk that my blood pressure will shoot up again and maybe even higher if I had to bear the pain for few more days until the opening is fully dilated.

At around 10am, I was sent by the nurse in charge to the labour room. I was given the chance to relax in order to control my blood pressure until around 12pm because if not, I may have to undergo c-sect. This is because inducing will bring stronger contraction. If my body can't stand the pain and my blood pressure keep on rising, me and my baby will both face a bigger risk. Luckily, my blood pressure seems to drop as the time reach 12pm. After a bit of discussion with my doctor, the inducing process began at 2pm.

During the process, I guess a lot of thing starts to wander in my mind. Alhamdulillah, I was very lucky to have my mom accompanying me the whole time since my husband is still on his way from Sungkai. He arrived somewhere around 4pm. At that point, my dilation is only 2cm. Then around 5pm the doctor came in to break my water bag and make the dilation move to 5cm. Only after an hour later my dilation became 8cm. I had to say... at that point I began to feel that the baby is going to come out. 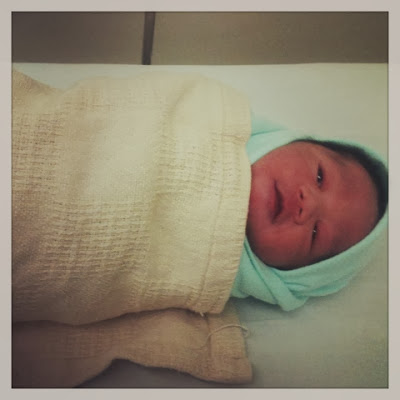 Alhamdulillah, after much hardships that I had to go through for another hour plus vacuum at the very last moment since my whole energy was totally depleted... Muhammad Luthfi was born at exactly 6.19pm on 04 October 2013 with the total weight of 2.5kg and 50cm long. I dare say, this is one of the unforgettable moments in my life.

To tell the truth, I actually dream of having a gentle birth for this pregnancy. However, the whole process happen to be a not-so-gentle experience as I happen to take analgesics due to very painful contractions and also an episiotomy. Nevertheless, this is still a very good experience for me *as in I am not traumatized and regret over the experience of giving birth*. Definitely a thumbs up for Columbia Asia Taiping. Haha! Still, I hope that I will be able to achieve gentle birth in my next pregnancy.